Changing the Conversation About Death 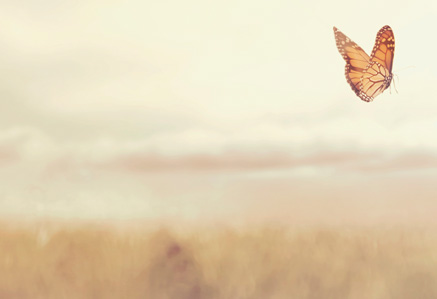 Changing the Conversation About Death In a culture often caught up in living for the moment and accumulating possessions, Tess Lorraine is doing what she can to get people talking about dying.

“Dying is vital; it is very alive,” she explains. “Dying is very much like birth – the same huge transformative forces are going on.”

The founder of Awakening to Life and Death, Lorraine coaches and facilitates individuals and groups on end-of-life transitions. She began her interest in the elderly and the need for preparation for death when she was a girl. Her father owned and managed 16 nursing homes in Colorado, and Lorraine witnessed both how the elderly were marginalized from society and her father’s efforts – which were progressive at the time – to do something about it. She also put herself through college by working in home health care.

After earning her degree in dance therapy and then establishing a career in which she trained others in leadership skills, Lorraine felt a pull back to her earlier interests. “In my 40s, I began to know people who were sick and dying, and I knew we needed to do a better job addressing the final years of life.

For more than three years, Lorraine has been facilitating Speaking of Death..,Cafes in Santa Rosa, and today her groups also meet monthly in Sebastopol, Guerneville and Sonoma.

“We want to have a conversation about death – both what is considered okay to talk about and what is not okay. We want to break taboos,” says Lorraine.
Anywhere from eight to 80 people participate in the informal meetings that feature tea and snacks. The age range varies widely as the discussions attract people who are facing illness or the death of a loved one as well as those of advanced years.

Lorraine is passionate about the topic she has made her life’s work, and she explains that we can live richer lives by preparing for our deaths in practical and spiritual ways. To dig deeper into the subject and to help people have a more focused approach to dying, Lorraine leads a series of workshops.

Investigate – In this set of four sessions, Lorraine asks participants to examine how their previous experiences with death and dying may be shaping their current perceptions about death. She invites participants to consider their values and their relationships and how they might influence how they die.

“One of the gifts of recognizing your final passage is that you start to live your life differently,” says Lorraine. “You focus on what is really important. What I am doing with my series is trying to get people to live that way now so that you shape a life that is worthy of dying.”

Design – In this part of the workshop series, Lorraine helps participants determine how they want to die. “Most people don’t have advanced directives (living wills), because they are largely speculative,” she says. “Not knowing for sure what you want is okay, however, writing down what is important to you assures that people and professionals surrounding your care will honor your wishes. Exploring directives in a group setting helps us assess our concerns with others.”

She also encourages people to identify the person who will serve as their medical advocate and to consider carefully the quality of life they want to maintain at the end of their life. “There are treatments and medications you might want to have in your 50s but not in your 80s,” she offers as an example. “We dialogue with each other and gain knowledge and clarity through our shared perspectives.”

The group also discusses practical arrangements such as having your paperwork in order, including passwords, account numbers, important contacts, and medical information.

Implement – For this four-part section, Lorraine invites medical professionals to speak with the group on palliative care, what she calls the bridge between curative care and hospice care.

“Consistent hospital admittance with ongoing diagnostics and interventions can replace a time when people could be at home saying goodbye and getting their things in order”, says Lorraine. Increasingly people want to know about “The end of life options act” in having a choice for dying with dignity. The procedures and laws surrounding that act are explored and clarified. She also invites local and alternative funeral directors to speak to the group so that participants know the different options available to them in the community.

Engage – In the final section of the series, Lorraine and her workshop participants discuss how they can leave what she calls “a positive dying legacy.”
As an example, Lorraine shares her own desire to spend her final days at a beach house. She reveals that she is putting aside money now to prepare for the death she would like to experience. As a Buddhist, Lorraine also has certain rituals that she wants to have performed during her last days. “We plan for births, weddings and birthday parties, but we don’t plan for our dying,” says Lorraine. “But it is the most transformative event of our lives – for ourselves and for our families.”

“Little things that happen (during the death of a loved one) can change the trajectory of the lives of the living,” Lorraine states. “But if we are in denial of death, then we don’t have the opportunity (to make that impact).” Lorraine includes stewardship as an important component of her entire workshop. “If you are aware throughout your life that you are going to die, then you think a lot more about stewardship,” she comments. “You begin to think with everything you buy and everything you invest in, ‘How do I want this to benefit others?’ We can have a dramatic cultural shift when we change from consumption to stewardship.”

Talking about death and dying need not be depressing or morose, Lorraine explains. “When people have the permission to talk about things that really matter to them, so many rich things come out of the conversation… I stress that we offer an exploration, not just an explanation.”

For more information on Tess Lorraine’s workshops and cafes, visit awakeningtolifeanddeath.com or write to her at speakingofdeath@icloud.com.